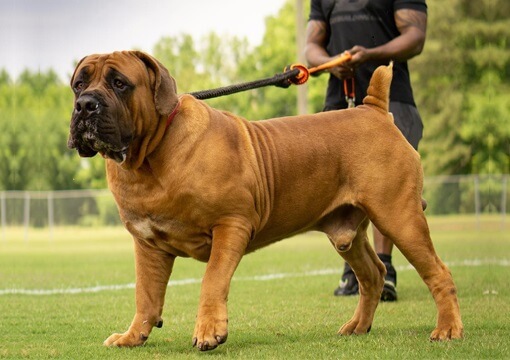 Africa is also known for exclusive animals like elephants, zebras, lions and giraffes. But did you know the Africa is distinct African dog breeds and many are becoming increasingly popular pets all over the world?

If you don’t know, here we will share some information about the African dog breeds that are very well known.

Africa is the world’s second-largest and second-most populous continent.

Africa’s native dog breeds are rarely included in lists, but the continent offers a wide range of dog breeds can choose from. Each of these African dog breeds, which range in size from 8 pounds to 200 pounds, is unique, but equally beautiful inside and out. 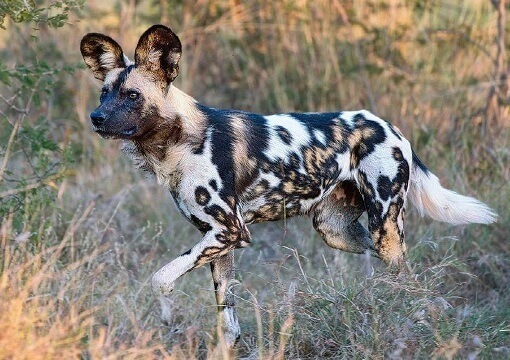 The wild dog is a highly social animal, living in packs with separate dominance hierarchies for males and females. These species stands 60 to 75 cm in shoulder height, measures 71 to 112 cm in head-and-body length and has a tail length of 29 to 41 cm.

The African wild dog has become one of the most critically endangered species in Africa. Once nearly 500,000 wild dogs roamed Africa, however now there is only an estimated 3,000 to 5,000. 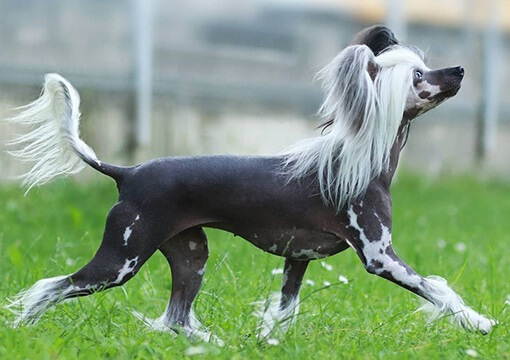 Hairless and powderpuff Chinese Crested Dogs are an unique toy breed with two different hair types. They were developed for companionship while being used as ratters on ships. Hairless or coated, the Chinese Crested is a lively and active toy breed that stands between 11 and 13 inches tall.

Debora Wood founded the “Crest Haven” kennel in the 1950s and began carefully breeding and recording the lineages of her Chinese Crested Dogs.

The Fédération Cynologique Internationale recognised the Chinese Crested Dog in 1987, and the American Kennel Club in 1991. 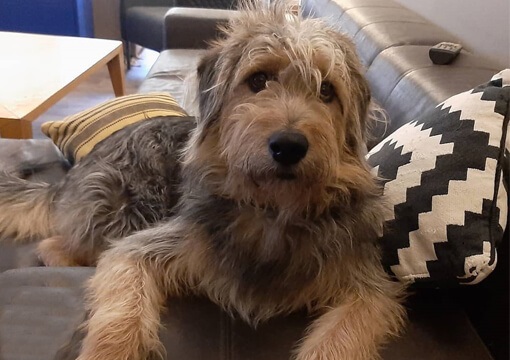 The Egyptian Sheepdog is also known as the Armant or Ermenti is a herding dog breed from Egypt. The Armant enjoys playing and is a good playmate for children. They are often easy to train and have a strong desire to please their loved ones. Strangers do not sit well with them, and they will raise the alarm if one approaches their home.

They were originally used as guard dogs, but farmers rapidly realised their worth as a herding dog. Many researchers believe that the Armant was created by crossing the Briard with various European dogs that Napoleon’s men brought into Egypt. 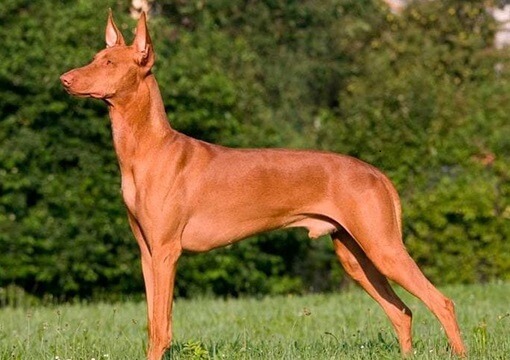 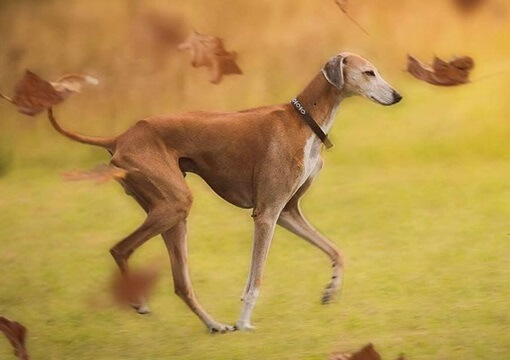 The Azawakh is a West African dog breed. The Azawakh has more in common with the Sloughi than the Saluki. Azawakhs come in a variety of personalities, from cuddly to ferocious.

The importance of lifelong socialization and careful handling cannot be overstated. They can get along with other dogs, cats, children, and strangers if they are well socialised and trained.

Although the breed is somewhat uncommon in Europe and North America, it has a rising following. Azawakh can be registered with the FCI (Federación Canófila de Puerto Rico) in the United States. 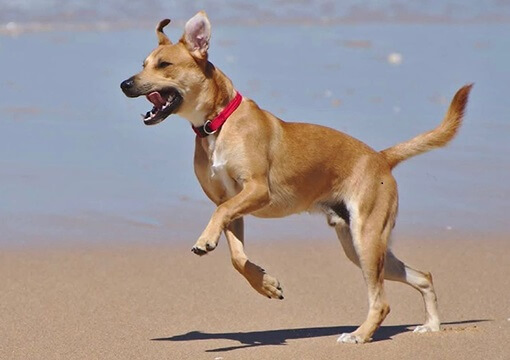 ‘AfriCanis’ is a combination of the words ‘Africa’ and ‘Canis’. It refers to the subequatorial native African canines, notably the aboriginal dogs, who have been a vital part of the lives of the Bantu and Khoisan speaking peoples of Southern Africa for generations. 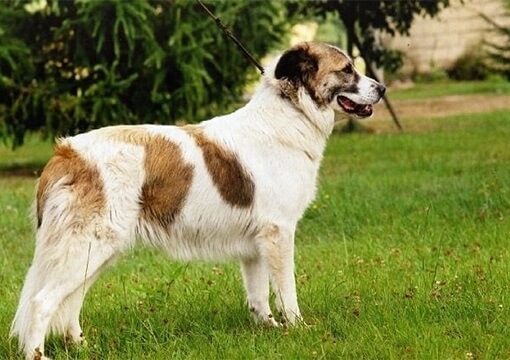 The Aidi is primarily found in North Africa. Historically, the Aidi, like most dogs other than the Sloughi and other noble breeds, has not been revered by the tribes.

While the Aidi is frequently seen working among herds of grazing animals, it is not a herding dog. In reality, in 1963, the Aidi was incorrectly classed as a ‘Atlas Sheepdog,’ a mistake that was rectified in their 1969 breed standard.

The Aidi is a breed that is fiercely devoted and naturally protective, and is always on the lookout for strangers. While they are normally sweet and caring with their family, they can be aggressive with strangers, especially if their territory is threatened. 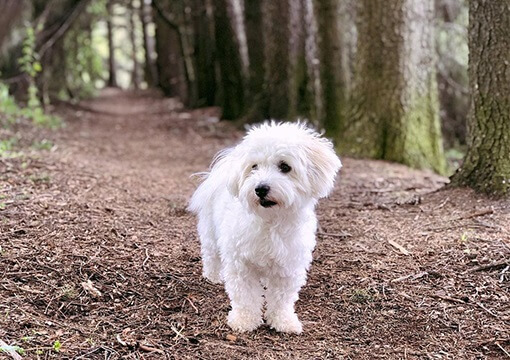 The Coton de Tulear originated on Madagascar’s island, and it is now the island’s national dog. They are lively, friendly dogs who enjoy being around children and make excellent family pets. This affectionate breed is an excellent choice for owners with pet allergies who want a hypoallergenic dog or puppy that doesn’t shed.

Coton de Tulear puppies might be born with yellow, brown, or black spots that fade away or disappear as the dog matures into a lighter grey or champagne colour. Cotons have a lively temperament and dark, round, wide-set eyes. 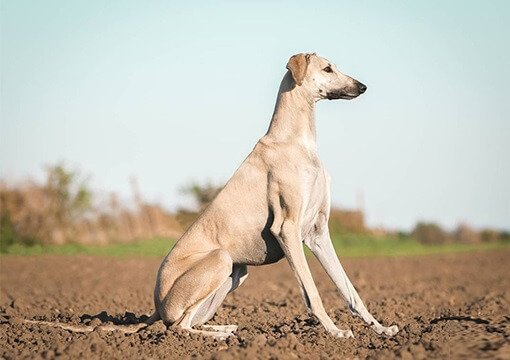 The ancient Sloughi, sometimes known as the “Arabic Greyhound,” was a slender, fast coursing dog that hunted a variety of game in the North African deserts. The Sloughi is a traditional sighthound who is distant with strangers yet compassionate with close ones.

The Sloughi is a primitive dog breed that develops a strong attachment to its owner or family from a young age. They aren’t likely to be overly timid or aggressive.

The smooth Saluki of the Arabian Peninsula and the Middle East, as well as the smooth Afghan Hound, should not be confused with the sloughi. 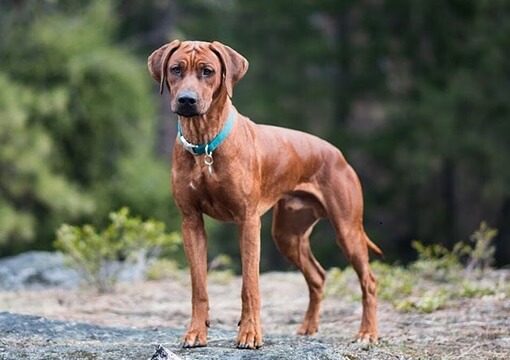 Rhodesian Ridgebacks are noted for being intelligent and devoted. They are usually reserved around strangers; this is not to be confused with aggression; a well-behaved Rhodesian Ridgeback will not attack a stranger for no reason. 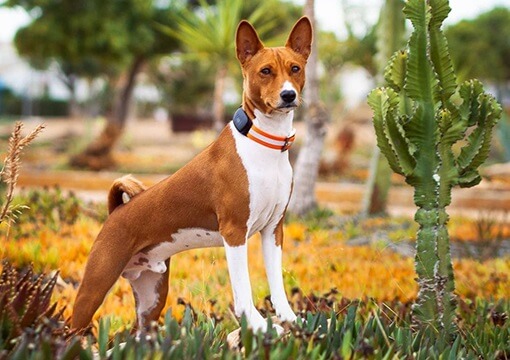 The Basenji is a hunting dog breed. It was bred from stock that came from Central Africa. The Basenji has been identified as a primitive breed that existed before the modern breeds emerged in the nineteenth century.

With strangers, the Basenji is alert, lively, curious, and reserved. The Basenji has a proclivity for being emotionally connected to a single person. Non-canine pets may not get along with Basenjis.

Boerboel is of of the most popular and famous African dog breeds. The Boerboel is a large South African mastiff-type dog with a black mask and a short coat. Boerboel is a combination of the Afrikaans word boer, which means farmer, and “boel,” which is a form of “boelhond,” which means bulldog.

Dr. Carl Semencic, an American anthropologist, first introduced the Boerboel to purebred enthusiasts around the world, including the United States.

The boerboel is a large dog with well-developed muscles and a solid bone structure. With a short length between the stop and nose, the head appears blocky and not overdone.

Boerboels are known for their good health. on the other hand, they can have hip or elbow dysplasia, as well as vaginal hyperplasia, ectropion, and entropion.

If you liked our African Dogs breed article, please share it with your friends who love African dogs.

And if there are any flaws in this article or you have any questions you can let us know by commenting below.