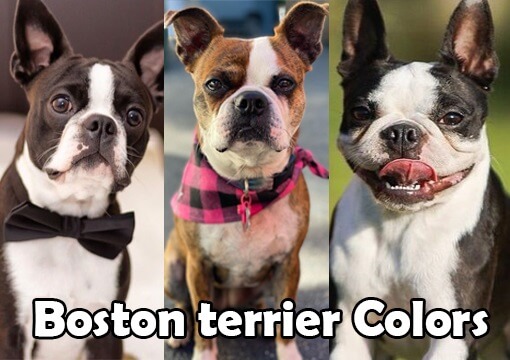 During 1875, the Boston terrier was created. It is one of just a few breeds that may claim to have originated in the United States.

In the United States, the Boston Terrier was just the first non-sporting dog breed. A bull and terrier mix named Judge (after identified as Hooper’s Judge) was bought from Edward Burnett by Robert C. Hooper of Boston.

The Boston Terrier has been dubbed ‘The American Gentleman’ for his flawless manners. His strict tuxedo jacket, energetic but compact frame, and welcoming sparkle in his wide, round eyes distinguish the Boston Terrier as a lively little buddy.

Boston Terriers are loving dogs who get along with everyone in the family and can live in almost any type of home, including apartments.  They also have smooth, lustrous coat with sharp white markings in a tuxedo style, which is one of the reasons they were given the name American Gentleman.

The dog should not weigh more than 25 pounds, as according international breed regulations (11 kg). At the withers, Boston Terriers can reach a height of 15-17 inches. They have a solid feature, boxy appearance with a lightly arched, powerful neckline and a large chest.

Their tail is usually short and positioned low on the rump (docking is prohibited). The genetic makeup of the breed results in a short tail. Such small tails might be curled or straight, or they can be in the form of a corkscrew. The tails of Boston Terriers rarely reach 2 inches in length.

White, brindle, and black/brown are the typical Boston Terrier colors. The first official AKC (American Kennel Club) breed standard mentions them. Boston Terriers are eager to please their owners and are relatively easy to teach.

They can also be fiercely loyal to their guardians, which can lead to aggressive and territorial behavior toward other dogs and people. Only a small amount of grooming is required for this breed.

Boston Terriers are prone to corneal ulceration due to their large and prominent eyes. Because the breed is distinguished by a small muzzle and wide eyes, its eyes are vulnerable to harm if they come into touch with grit, dust, trash, or sharp items such like thorny plants.

Black is the dominant color on this coat, having white as an accent colour. The eyes will be dark brown and the nose will be black to match the original Boston Terrier hues of black and white.

Black and white Boston Terriers with a white chest splash, a white blaze, and white around the muzzle a.k.a. the “tuxedo” look—are the norm nowadays. Purebreds should have brown eyes and a black nose.

The brindle colour is a pattern of markings, not a single (own) coat colour. Brindle can be dark or light, and also the foundation might be strong or weak. There are many different hues of brindle, and the stripping can be intense (visible pattern) or minor. The coat must be black with a brindle pattern and white spots.

The American Kennel Club disqualifies solid brindles. Bridle-coated terriers that meet AKC standards are more difficult to come by. The eyes and nose of a dog with this coat type should be brown.

“Appears black but it has a red hue if looked in the sun or bright light,” according to the American Kennel Club Boston Terrier Breed Standard. Because to the red undertones, seal can appear dark brown (rather than red or light brown).

The AKC accepts this colour, which is more generally known as brown and white. When exposed to light, this coat type appears black with red undertones. The eyes and nose of a dog with this coat type should be brown.

Boston Terriers have white patterns on their seal coat (like the two combinations above). White muzzle band, white blaze in between eyes, and white forechest are all needed splashes of white.

Other Boston Terrier colours, such as brown and white, may not be allowed inside the show ring. Brown colours such as liver and fawn are among them.

For those unfamiliar with the Boston Terrier breed, the colour seal can be hard to identify. This hue appears to be complete black until the light hits it in just the proper way, revealing red undertones.

The blue and white coat of a blue Boston is sometimes known as grey, silver, or lilac and white. Because this is one of the most popular Boston Terrier colours, you’ll have to pay a premium to get one of these puppies.On average, their cost is around $2500.

The blue coloration of Boston Terriers is a diluted variation of the black and white coat patterns. Such usually black areas will seem silver, grey, or pale blue due to a genetic mutation. Because of the growing popularity of these blue Boston Terriers, several producers are charging exorbitant amounts for what is effectively a dog that does not meet the breed standard.

The blue Boston Terriers with the most heavy brindling appear to stay the lightest (brindle coat instead of black). This is due to the brindle’s lighter colour boosting the coat’s dilution. Their iris color is normally grey (which can appear light blue), but it darkens to a brown (heather) as they grow older.

Blue Boston Terriers, according to many, are the product of bad breeding techniques over time. Nonetheless, these are gorgeous dogs who are adored by families all over the world.

Merle is a contentious Boston Terrier color pattern that is often known as harlequin or dapple. A merle coat will have two sorts of colored patches: liver (red merle) and black (black merle) . It’s a contentious topic because the same mutation that determines coat color can also cause eye and ear problems.

Merles are occasionally crossbred with other purebred dog breeds, however these dogs are not purebred and cannot be certified with any recognized kennel group.

The merle gene has been linked to a variety of health issues, including deafness and blindness, as well as UV sensitivity and an increased risk of skin cancer.

This Boston wears a crimson coat with white marks placed in the same spot. The color red comes in a variety of tones, from brilliant copper to darker red. Essentially, their coats, noses, and pads are identical. As a result, contrary breed standard Boston’s, they have a red nose and amber (yellow) or hazel eyes (brown). When they are puppies, though, they can be green.

Red Boston Terriers have a red coat that can vary from light to dark orange in color. There will be no dark colours or pigmentation on a real red, and the nose will be a reddish-brown tone.

Liver and white, brown and white, or chocolate and white are all terms used to describe this colour combination. Their coat appears to be deeper in color than that of red Boston Terriers. They have a brown coat with white markings in the same spots. Their nose is brown, and their eyes are either amber (yellow) or hazel (brown). Puppies, on the other hand, can be blue or green.

Albino The lack of pigment or coloration in Boston Terriers, for example, is a problem. Their coat appears to be white. According to the Cypress Farm Kennel, there are two types of albinos in the Boston Terrier breed.

In the case    of the conventional tuxedo look, a portion of their coat will be softly colored. As a result, when they are young, they can be mistaken for cream and white Boston Terriers. However, by week three, their lack of color on their snout, eye, and paw pads would clearly indicate albinism.

Consider a ‘Paint’ if you’re a horse aficionado. It’ll appear as if an unseen designer splattered black or white paint on a solid-colored Boston, providing him the illusion of huge patches. Someone may express a desire for a splash-colored Boston Terrier, but splash isn’t actually a color.

It relates to the dog’s appearance, which is predominantly white with a few little spots of color. It is common to have a splash Boston Terrier that is completely white except for areas of color on their head or body.

The color of a chocolate Boston Terrier is light brown, and this is frequently referred to as liver color. Such liver or brown/chocolate colors can be very attractive, but they are not recognized by any major breed records.

True, Boston Terriers come in a wide range of colors. Whether or not the AKC recognizes them, each has their own distinct appearance. Each Boston Terrier has a distinct personality. Purchasing a Boston Terrier in a color different than the usual can be rather costly.

Some colors, such as blue or lavender, might cost thousands of dollars. In general, I have no qualms about sticking to black and white colors. They’re all great pets, and no matter what color my Boston Terrier is, I’ll have the same amount of fun and happiness!

Cane Corso Colors and their Patterns