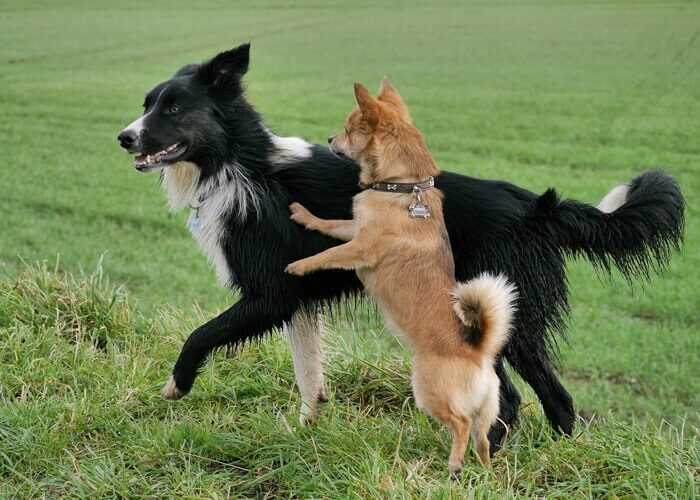 Who doesn’t like intelligent dog breeds. Nowadays people prefer to have intelligent dogs. They are incredibly intelligent animals. Not only can our dogs learn and react to a wealth of human language, they also seem to be able to understand our moods.

The Intelligence of Dogs is a 1994 book on dog intelligence by Stanley Coren, a professor of canine psychology at the University of British Columbia. On the basis of which we will discuss here the 12 most intelligent dog breeds in the world.

This breed is the world’s major sheep herder, prized for its intellect, especial instinct, and working ability.

Poodles are not only very smart, but they’re good proud, active dogs, with the added advantages of being hypoallergenic. They are highly intelligent easy to train, track, hunt, retrieve, and obey.

The poodle is second most popular smartest dog breeds in the worlds. Poodle is indeed very intelligent and has the capacity to learn; but puppies and dogs still need proper training in order to then carry out those commands.

They’re considered the third smartest dog breed. In addition, they have a legendary desire to cooperate and work with you, a trait many see as a wish to please their humans.

Golden retrievers are considered to be one of the most intelligent dog breeds, after the Border collie, poodle and German shepherd dog. They’re easy to train and easily pick up on human emotions.

In this day golden retrievers as also used as service dogs, search and rescue dogs, therapy dogs. Golden retrievers are love to learn so a few training sessions per day will help keep them challenged and satisfied.

Dobermans are the fifth smartest dog breed and they are easy to train. Doberman is a muscular and powerful member of the Working Group developed for military and police work and to be a guard and companion in the home.

Dobermans are attractive looking, medium-sized, square-shaped dogs with lavish endurance and speed. Males are 26-28 inches high at the top of the shoulder and females are 24-26 inches.

Shetland sheepdog is also known as Shelties and they are extremely intelligent and stubborn dog breed. This is a medium-sized dog, with females usually averaging 35-45 pounds, males averaging 45-55 pounds.

Shetland sheepdog dog have a high level of intellect. According to Dr. Stanley Coren, an expert on animal intelligence, the Shetland Sheepdog is one of the brightest dogs, ranking 6th out of 138 breeds tested.

labradors are a very intelligent dog breed. They are ranked No. 7 in Stanley Coren’s The Intelligence of Dogs, making it one of the brightest dogs out of 138 breeds tested.

According to Dr. Coren, Labradors are among the breeds that can learn as many as 250 words, as well as visual and auditory signals. That’s about 85 more words than the average dog.

The Papillon is friendly, intelligent and trainable dog breed. The papillon is a little, noble, elegant dog of fine-bone structure, slightly longer than it is tall.

Papillons are very intelligent and self-assured dogs that have a very easy time learning new tricks. They may also be very playful and affectionate. Widely known as great companion dogs

Rottweilers are extremely intelligent dog breed. According to a study done by Stanley Coren, Rottweilers were ranked as the ninth smartest dog breed. They require a couple of 10- to 20-minute walks or playtimes daily.

Rottweilers are a powerful breed with well-developed genetic herding and guarding instincts. Due to their larger size, Rottweilers are often to be one of the more aggressive dog breeds.

Australian Cattle Dog is also known as the Blue Heeler or Queensland Heeler, this is an intelligent, independent, loyal and protective dog. These breed is very energetic and not suited for apartment living.

The Australian cattle dog tends to be aggressive with other dogs and may display dominance and herding behavior towards children.

Pembroke Welsh Corgi or corgi is an intelligent and active dog breed. The Corgi has been ranked 11th in Stanley Coren’s The Intelligence of Dogs, which states that the breed is considered an excellent working dog.

Pembroke have an average life expectancy of 12–15 years and they love to be involved in the family, and tend to follow wherever their owners go. Pembroke Welsh Corgis can compete in dog obedience, showmanship, agility trials, flyball, tracking, and herding events.

The Miniature Schnauzer is really smart ranking 12th on the list of dog breed intelligence. They are easy to train and learn new commands quickly.

The Miniature Schnauzer is the smallest of the three Schnauzer variations. They understood new commands after five to 15 repetitions and obeyed a command 85 percent of the time or better.

Got some questions? Or some suggestions? That’s why we’ve got a comments section on this blog! You can feel free to leave a comment or two down below and we’ll get back to you as soon as possible!