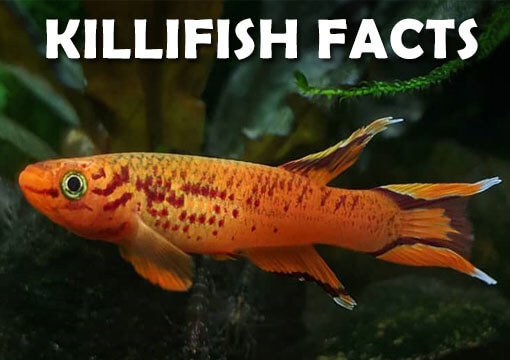 The killifish is one of the most peaceful freshwater fish. It is also known as egg-laying topminnow and one of a few hundred species of elongated fish in the Cyprinodontidae family found around the world, particularly in the tropics of Africa and the New World.

Killifish belong to the Cyprinodontiformes group and are oviparous. There are approximately 1000 species of killifish, with the exception of Australia and Antarctica, found practically everywhere on the planet.

They can be found in brackish, salty, or fresh water, as well as desert hot springs. Killifish is less picky than other tank fish, in addition to its placid disposition. As if that weren’t enough, it also gives vibrant color to a fish tank, making it a favorite choice among hobbyists.

01. There are mainly three types of killifishes.

Annuals, semi-annuals, and non-annuals are three types of killifishes. The annuals live in ponds and marshes and hatch from eggs buried in the mud.

They develop quickly and reproduce before the water evaporates. They have a lifespan of 6 to 9 months.

Semi-annuals can thrive in both wet and dry environments, and their eggs can be let to hatch or dried and hatched. When kept in cool circumstances, they can live for up to two years.

They will live for roughly a year if kept in warmer circumstances.

Non-annuals are the longest-lived killifish, living up to five years depending on the species. They reside in permanent water bodies.

02. Most killifish are smaller in size.

The majority of killies are little fish that range in size from 2.5 to 5 centimeters (1 to 2 in), with the largest species reaching just less than 15 centimeters (6 in).

The majority are small (1″ to 2″), with the largest species reaching less than 6 inches in length. In aquariums, most killifish survive for 2 to 5 years.

The word killifish has an ambiguous origin, but it is most likely derived from the Dutch word kill, which means “little stream.”

03. Most Killifish are peaceful.

Killifish are typically friendly to other fish, especially those that aren’t the same color or form as them. The majority of killifish are calm; however males can be abrasive and territorial against one another.

Killifish are commonly kept in species tanks, but many varieties can also be kept in community aquariums. The majority of killifish are calm; however males can be abrasive and territorial against one another.

04. They are cooler temperature fishes.

Hobbyists are more likely to succeed with them if they are placed in their own tank because they prefer lower temperatures.

05. They are lived in Natural Habitat.

Killifish can be found in tropical and subtropical waters on every continent. They can be found in temporary pools, marshes, creeks, and shallow streams, with some species venturing into brackish estuary settings.

Many killifish live in areas with overhanging trees and plants, which provide shade and lower temperatures. A few species, such as the southwestern United States’ pupfish, do, however, live in desert pools with water temperatures above 90° F.

06. Their breeding level is varied.

Killifish are egg layers who can be classified as top or bottom spanners’, however some species alternate between the two.

Like many other fish, they can be competitive with other fish of the same gender and breed during mating season, despite their calm nature.

The degree of difficulty varies by species, but there are a few that may be bred by new owners. A 2 to 5 gallon tank with peat moss and/or almond or oak leaves on the bottom is ideal for breeding annuals or semi-annuals.

07. They are graceful slender fish.

The majority of killifish are thin and pike-shaped, making them excellent swimmers. Some have a cylindrical body and short rounded fins, while others have long broad fins.

The body form varies per species, but all dorsal fin that is positioned towards the back part of the body.

Killifish is distinguished by its vibrant colors and well-organized body patterns. Males, like most fish, have brighter colors than females. During breeding, this characteristic becomes more prominent.

More interesting facts you should know about Killifish

Important facts to remember about killifish

You may also check: Top 10 Nano Fish for Freshwater Aquariums