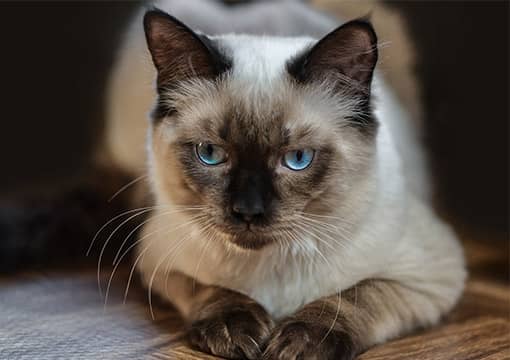 Ragdoll Cat are a popular pet breed since they are such a beautiful breed. These cats are highly enjoyable due to their vibrant blue eyes and luxurious coats.

Ragdoll cats are usually referred to as “puppy cats” or “puppy-like” since they like being around people and are much more affectionate than the average cat.

Their kind attitude and unique features have attracted many pet owners, and if you haven’t already, here are the top 15 reasons to have a Ragdoll Cat.

Top 11 Reasons Why You Should Have A Ragdoll Cats

They are very loyal to their owners.

Ragdolls are usually pleasant to strangers; they have a special bond with people who care for them. Ragdolls are famous to follow their owners around the house.

They are highly devoted to their family and like spending time with them. These cats would go out of their way to find and follow their favorites around the house.

Ragdolls nearly seem to be able to express their gratitude to their owners! A Ragdoll obviously enjoys welcoming its soldier owner home. These beautiful felines have dog-like loyalty!

They Always want to play and keep you entertained.

Ragdolls inherit the greatest attributes of dogs, such as loyalty and playfulness. They are highly loyal to their family and like spending time with them.

They enjoy just like any other cat, but they’ve been known to play fetch. Ragdolls are also known to run about with their favorite toys between their teeth, much like happy puppies.

Ragdolls’ lively nature is another reason why they get along well with children. They adore playing with children and other pets, so if you have an active kid who is able to handle a ragdoll, you’re in luck. Ragdolls can entertain for hours.

They are the perfect indoor cats

Ragdoll cats are best kept indoors since they are extremely trusting and do not have the finest survival instincts.

If you have a Ragdoll cat and go in and out of the house on a regular basis, your cat may escape, which is one of the most dangerous things that can happen to them.

A ragdoll cannot survive a day outside due to its inability to navigate. In fact, it is advised that Ragdolls be kept indoors.

Ragdolls are an excellent choice if you want a cat that will spend most of its time indoors with you. These dependant felines are quite happy to be kept indoors.

Ragdoll cats are easy to groom due to their friendly nature. Ragdoll cats require grooming on a regular basis. Their lengthy fur may easily get matted if not treated properly.

To preserve their fur clear of knots and tangles, they require just a little grooming. This is mostly due to the breed’s lack of a dense undercoat.

A Ragdoll would benefit from a twice-weekly combing session using a wide-toothed steel comb and a soft-bristle brush.

Grooming a Ragdoll cat is still essential since it avoids hygiene and even health concerns!

These are lap cat breeds.

Ragdolls prefer human interaction and, unlike some other types of cats, enjoy being handled. Ragdolls like sitting or even sleeping on people’s laps. They are quite content to sleep on you as you watch TV for hours on end.

Ragdolls are the type of dogs that will happily sit on your lap and sleep next to you. They may be trained to appreciate cuddling up on their owners’ laps or snuggling on the bed with people.

Ragdolls are an excellent option if you want a cat that will spend most of its time with you indoors. However, they have been known to display a lot of affection over time.

They are among the largest breed of cats

Ragdoll cats are one of the most popular cat breeds in the US. Because of their medium to long coats, they can grow to be the size of a small dog.

Ragdoll cats are one of the most popular domestic cat breeds. Not only may they weigh up to 20 pounds, but with their medium to long hair, they can be the size of a small dog!

Ragdoll cats are on the larger half of the breed scale. Male Ragdolls generally weigh 15 to 20 pounds, while females weigh 10 to 15 pounds.

They have beautiful blue eyes.

Any cat lover will be attracted by the Ragdoll’s beautiful blue eyes! This is a well-known truth. Ragdoll eyes are available in a variety of forms and hues, including blue. They are available in various designs, like color point, bicolor, and mitted.

Ragdoll eyes may come in various shapes and colors of blue. It’s worth noting that blue eyes may be seen in all purebreds. Although blue eyes are popular in this breed, they are not always present.

Ragdolls’ eyes darken with age, turning yellow or green in color. This is hardly a shocking fact. It’s worthy to note that all purebreds have blue eyes.

They are named from their floppy character.

According to the International Cat Association, the name ragdoll comes from the fact that most cats of this species would go limp like a stuffed doll when stroked.

These cats, like ragdolls, have a tendency to fall limp when carried. As a result, they are usually referred to as “floppy cats.”

In reality, the breed is said to have gotten its name because early litters of the gentle, friendly cat were limp and floppy when lifted up, much like rag dolls.

They are known as a gentle giant.

Ragdoll cats are gentle creatures. Ragdolls are friendly, caring cats who like being petted and will protect their owners’ things. These are the kitties you never have to be afraid of.

Ragdoll cats are noted for their tranquil attitude. Even if you mistakenly shock them, they seldom extend their claws. It’s almost as though they’re able to forgive.

They are always as calm and sweet as their small voices. Ragdoll cats are such gentle giants! Ragdolls are loving and caring cats who will take care of their beloved owners around the house so being touched.

They are very calm, gentle, and playful.

Ragdolls are peaceful and pleasant, and they do not continually want to run. All you need to do is meet his needs. They can keep themselves entertained for hours.

Ragdolls are well-known for their insatiable desire for constant hugs from their owners, as well as their love for the fetch game as a form of exercise.

They enjoy playing with children and other pets, so if you have an energetic child who can handle a ragdoll, you’re in luck.

They get well along with other cats.

Ragdoll cats get along well with other cats, and their gentle disposition, kindness, and loving nature make them ideal companions for cat-owning families.

Ragdolls are gentle animals that get along with cats of all types and sizes. When it comes to socializing with other cats, these cats are usually distinct.

Ragdolls behave well in multi-cat families since they are sociable and non-territorial. When they’re among other cats, they have different energy levels and get along great.

Ragdoll cats are regarded as being one of the kindest cat breeds. This is due to their laid-back attitudes, which make them easy to handle.

They have a strong connection to their people. This means that they are more prone to want to be nearby and friendly rather than go of their activity.

Ragdoll cats like attention and maybe devoted friends. A ragdoll cat is ideal if you want a cat that will snuggle up with you all day while also befriending your entire family.